With the partnering of Alexandria Renew Enterprise and the city of Alexandria, RiverRenew is a tunnel project to provide a more sustainable water source to the city of Alexandria. Currently, part of the city is on a combined sewer system. This turns into an overflow in the waterways in the city, including the Potomac River. Connelly & Associates was contracted by GEI Consultants for the drilling program. The scope of services included land drilling, traffic control, permitting, utility clearances, soft digging, barge drilling, and waste disposal. Completing the geotechnical test borings included continuous sampling, Shelby tube sampling, pitcher barrel sampling, installing monitoring wells, installing inclinometers, and installing vibrating wire piezometers in support of the geotechnical investigation. Drilling techniques on the project have included hollow stem auger, mud rotary, and sonic drilling. The scope of work included multiple borings up to 8” in diameter drilled off a barge in the Potomac River using sonic and mud rotary drilling techniques.

The Tunnel Project is going to store storm and sewage water underground, and eventually work its way to AlexRenew, who will capture, and store the combined water until it is time for treatment. The new system, which will be finished by 2025, is estimated to save 130 million gallons of sewage from overflow. 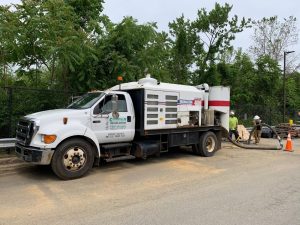 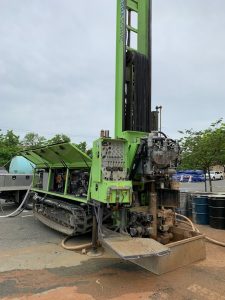